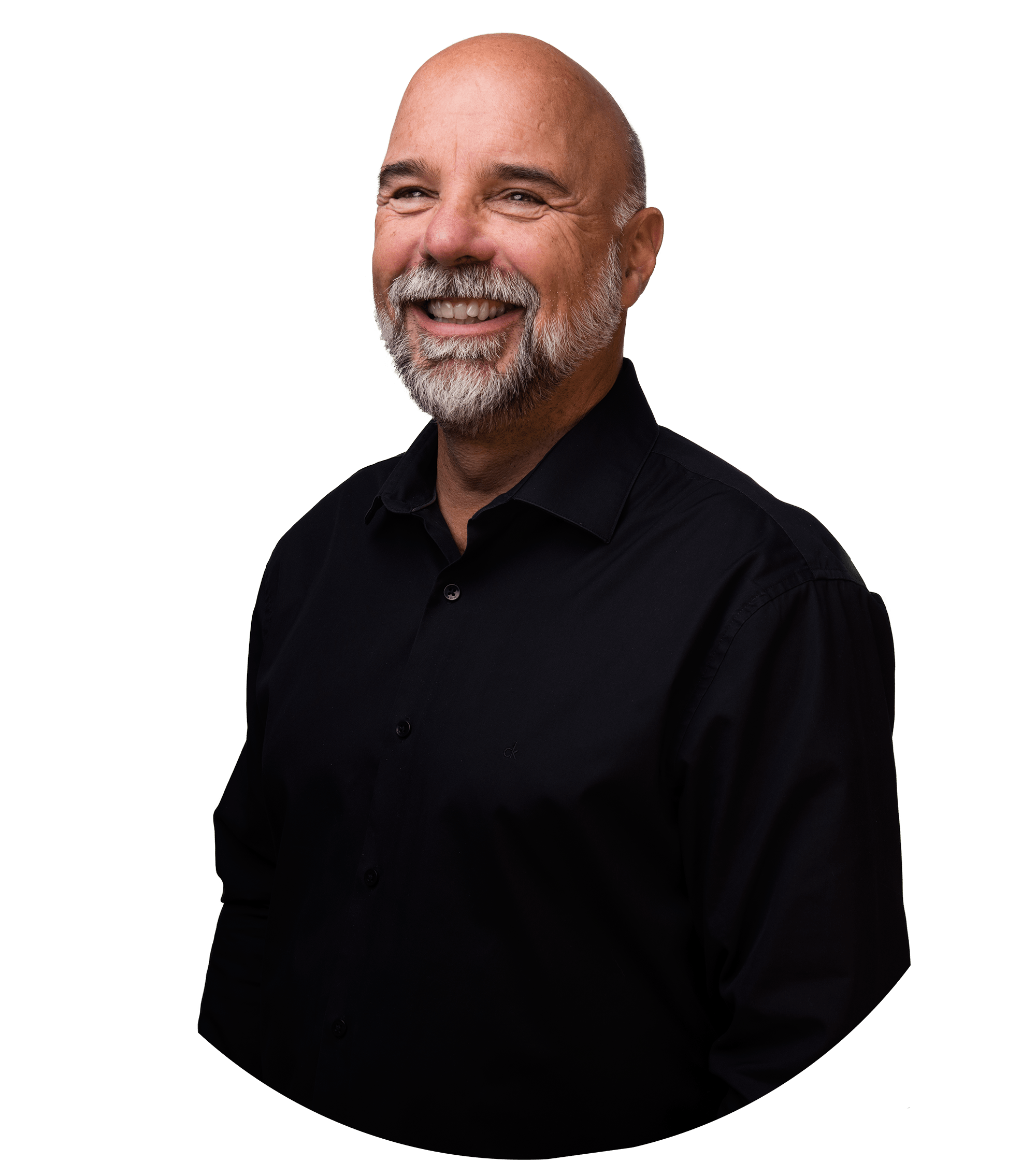 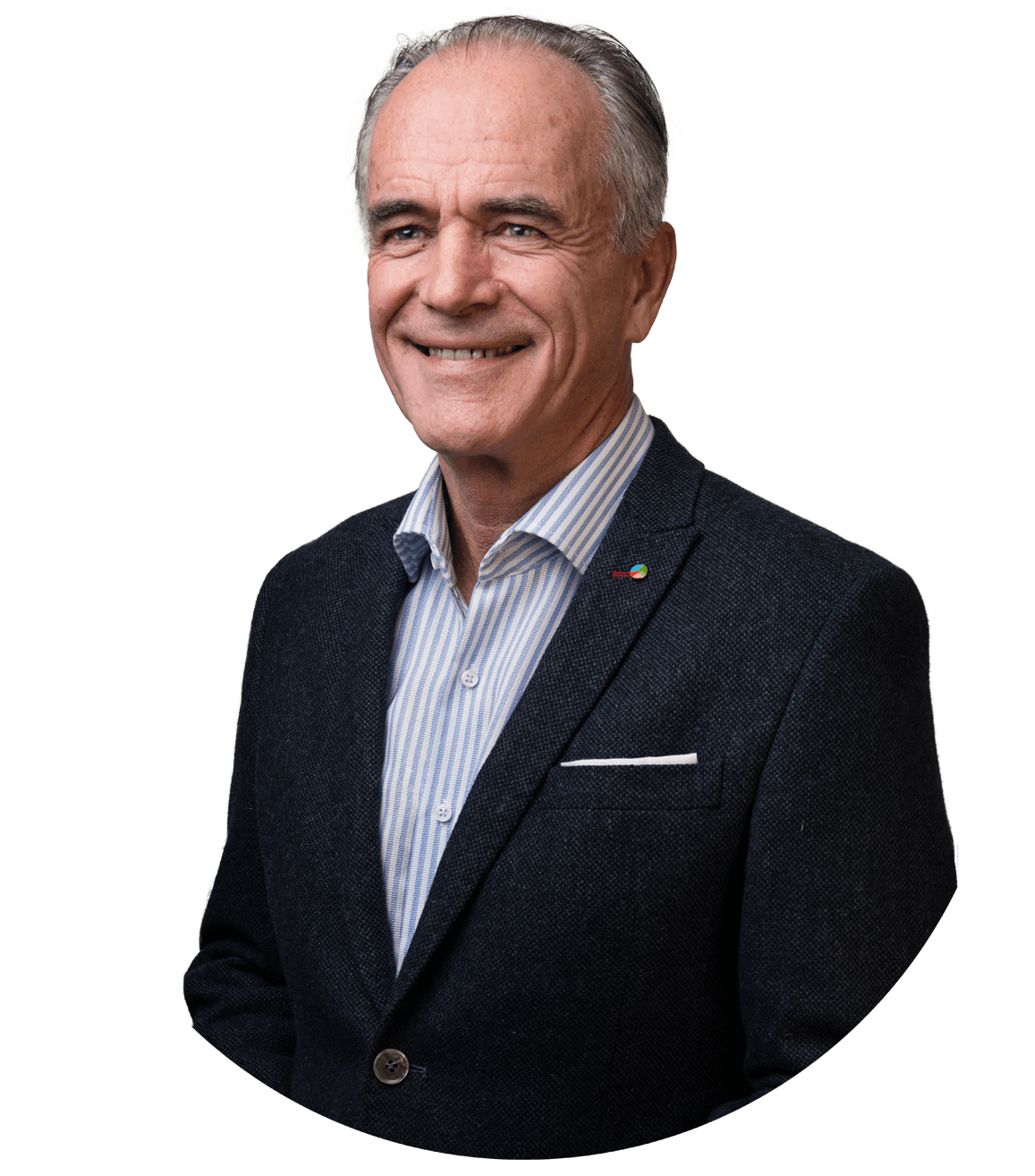 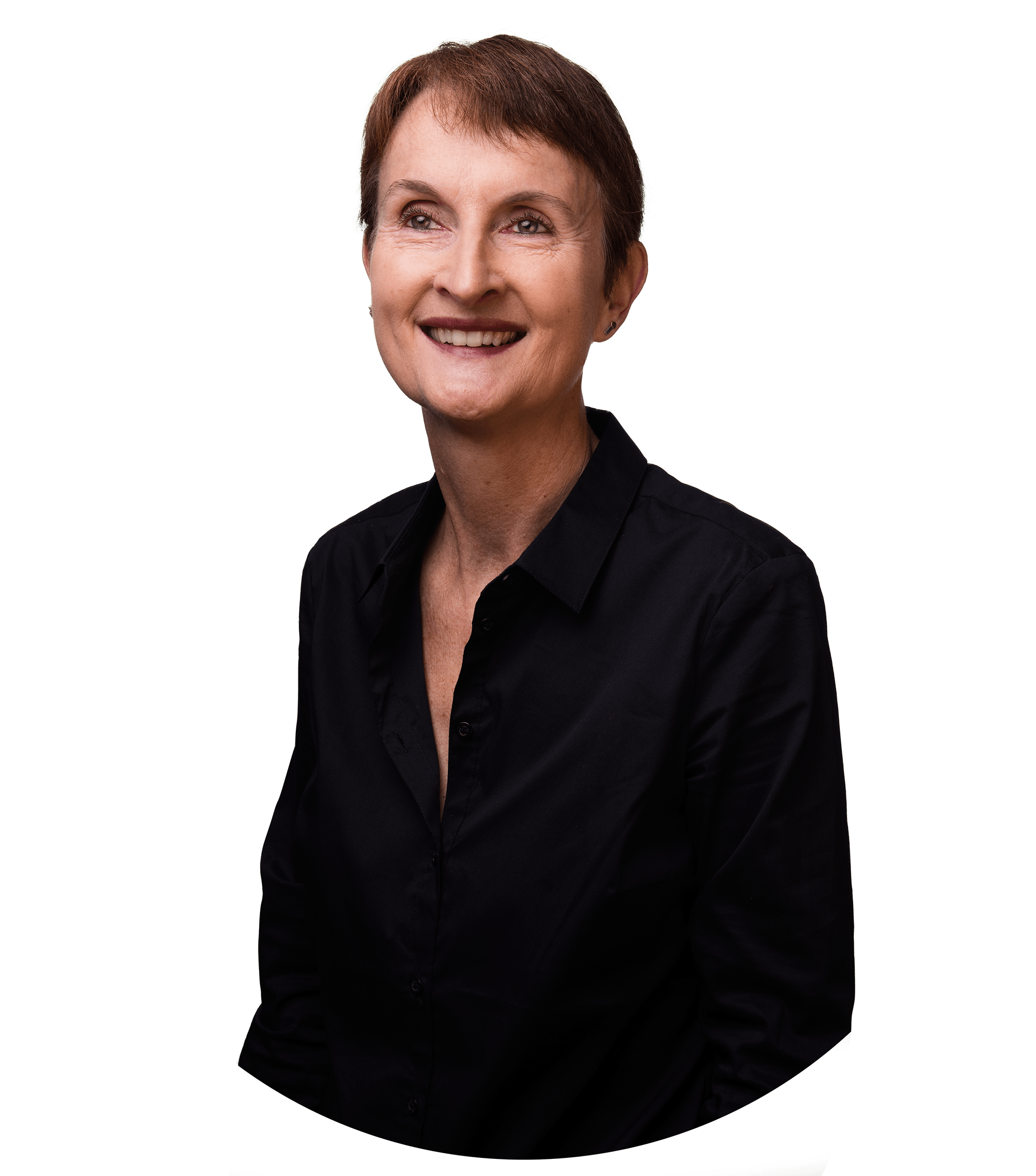 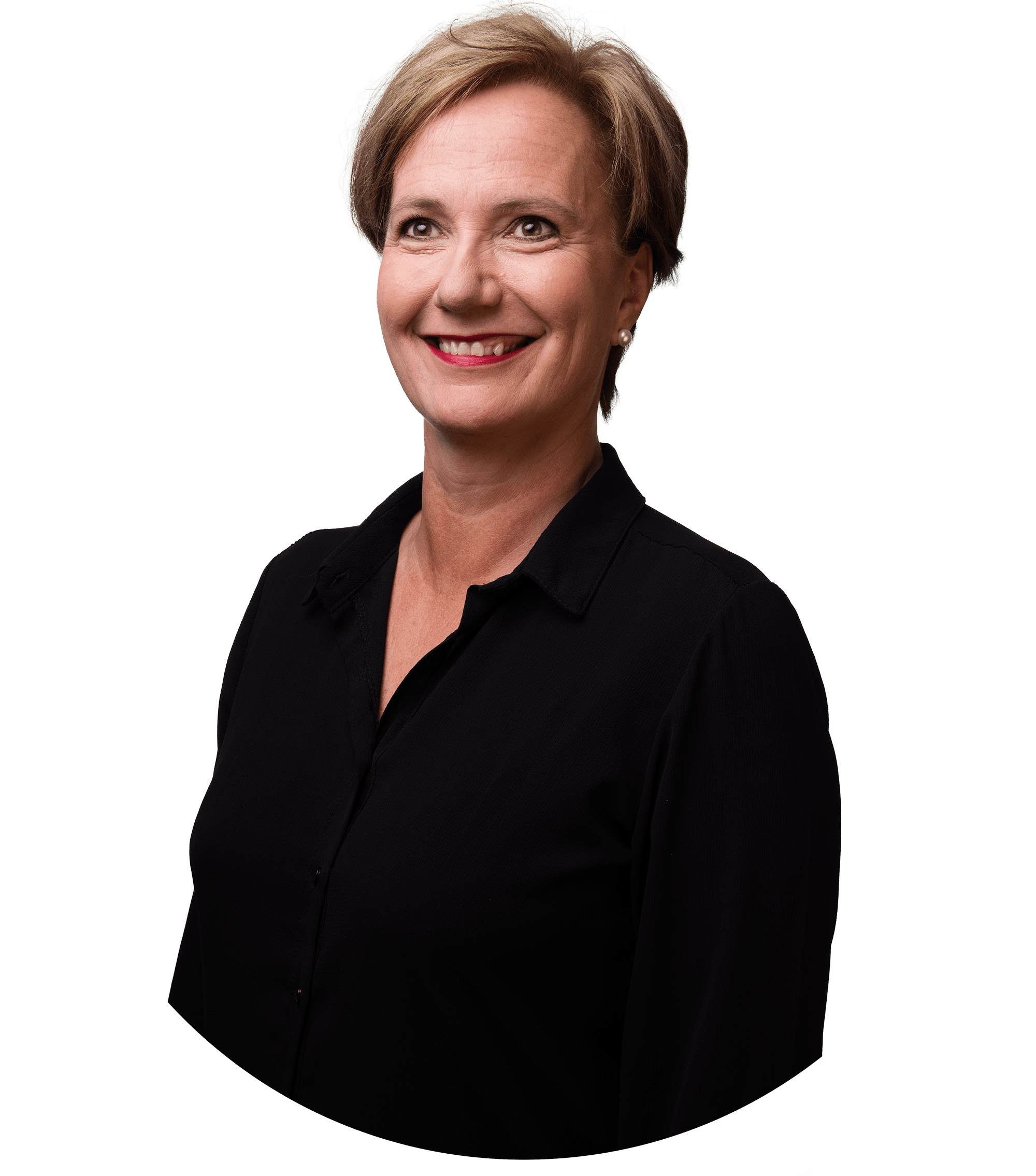 The biostructural analysis with the STRUCTOGRAM® training system has become one of the leading training methods worldwide.

STRUCTOGRAM® centres exist in 22 countries, teaching materials have been translated into 18 languages and more than 1.25 million participants have attended our training courses with more than 1'000 licensed STRUCTOGRAM® trainers to date. The STRUCTOGRAM® training system is used successfully in sales, consulting and management, regardless of industry and company size

Success with people - The people side of business 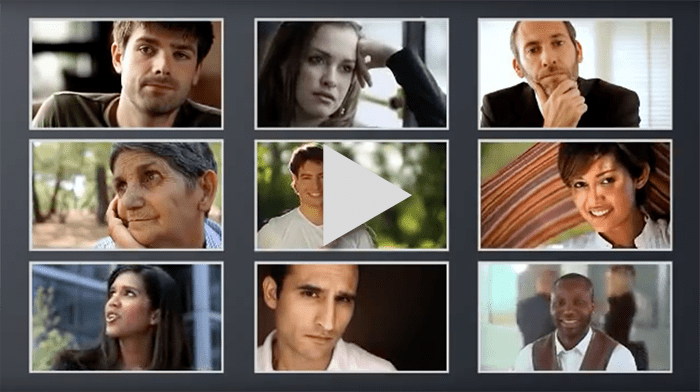 Essential human personality traits depend on the way each individual’s brain works.

The renowned American brain researcher Paul D. MacLean has shown that the human brain consists of three areas, each fulfilling different functions (functional structure of the brain). These three brains must work and communicate together as a "triune brain". Each brain, however, still retains its very own specific rules of the game. Human behaviour arises from the interaction of the three: the intuitive-instinctive brainstem, the emotive-impulsive limbic system and the rational-cool neocortex. 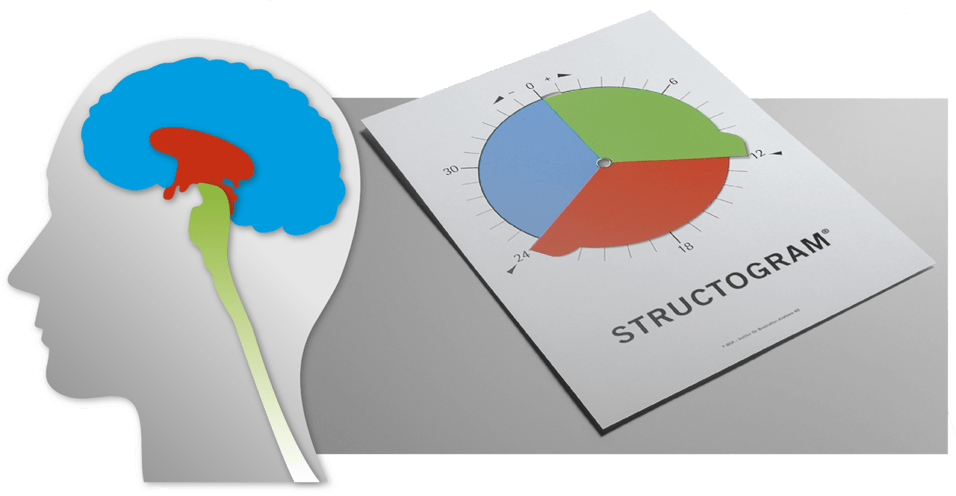 Every person has a different, genetically predisposed ratio of how the three brains interact. This ratio tends to be constant in adults and this is what determines your individual biostructure.

In cooperation with MacLean, the anthropologist Rolf W. Schirm identified and defined typical personality traits and behaviour patterns that have a clear connection with the three brains, calling this system biostructural analysis. Based on this analysis, a sequence of questions is taught in our seminars, which determines the individual level of influence each of the three brains has on a person. The results are illustrated using our unique Structogram disk. The following colour coding has been used successfully for decades: GREEN for the brain stem, RED for the limbic system and BLUE for the neocortex. Specific neurotransmitters (neurotransmitter homeostasis) are responsible for the activity level of each individual brain area.

Biostructural analysis distinguishes between the genetically predisposed, unchangeable basic structure and the 'environmentally induced' changeable characteristics of the human personality. This determines which personality traits or behaviours can be changed easily and permanently and which cannot.

The Structogram is not a rigid typology. Due to the way biostructural analysis is constructed, there are a total of 7,558,272 selection variants, which lead to 412 different possible outcomes on the Structogram disk. The Structogram therefore represents the individual interaction of the three brain areas in a highly differentiated gradation. 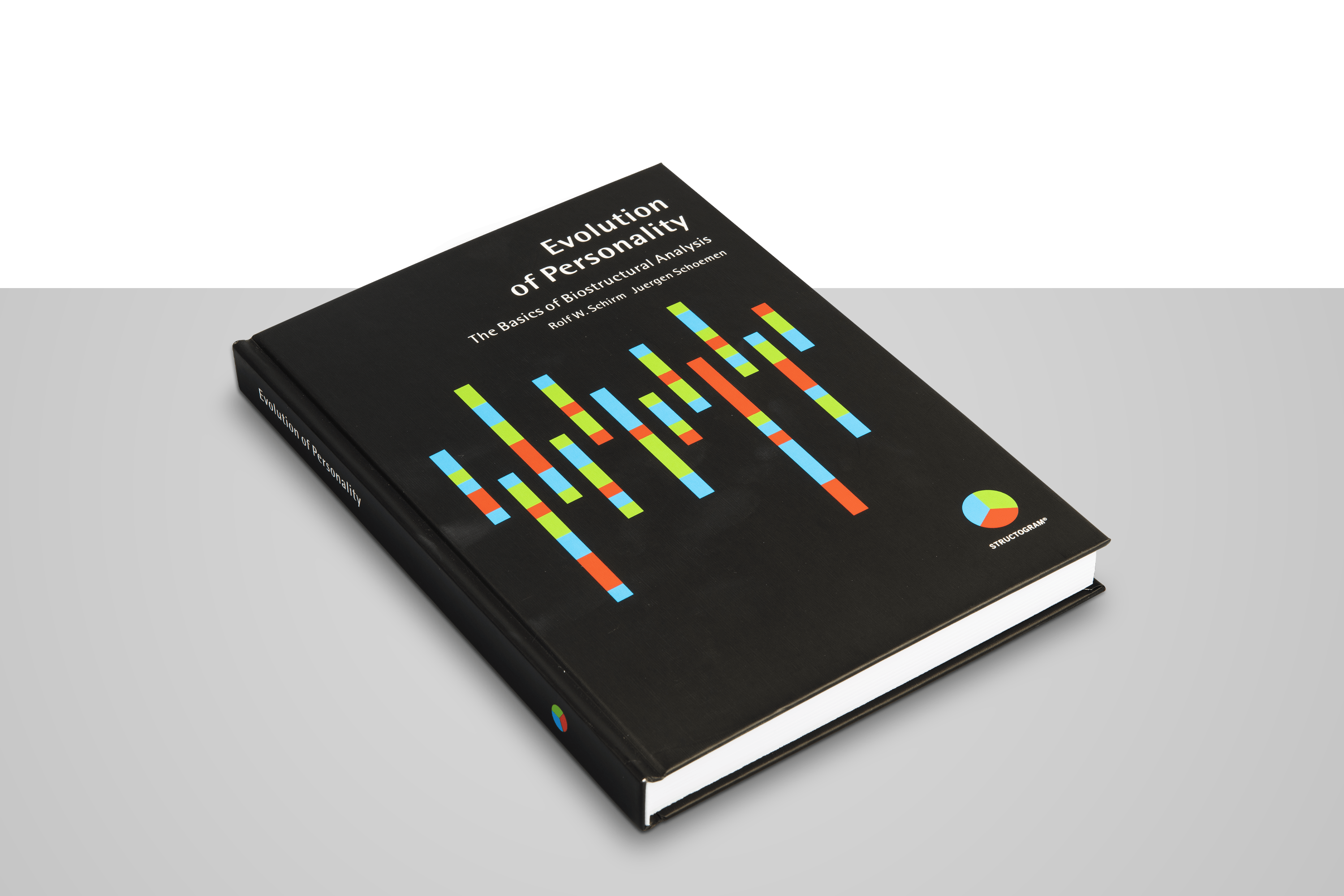 This book does not contain the analysis questions, nor the Structogram disk! Biostructural analysis is taught exclusively in seminars, instructed by specially trained and licensed trainers.

Detailed information on the scientific basics and backgrounds of biostructural analysis can be found in this book:

Evolution of Personality - The Basics of Biostructural Analysis,

There is no patent recipe for success, because every person is unique!

The STRUCTOGRAM® training system (biostructural analysis) was developed from findings in brain research and has been confirmed by current research results in neurosciences, molecular biology and behavioural genetics. The American brain researcher Paul D. MacLean, director of the Institute for "Brain Evolution and Behavior" at the National Institute of Mental Health, Bethesda/ Maryland, researched the evolutionary foundations and operating principles ("functional structure") of the brain in the 1970s and 1980s. He discovered that our brain has retained essential traits of its different evolutionary development stages.

MacLean coined the term "triune brain" for this. His discovery contributes considerably to our understanding of the connections between the brain structure and human nature or behaviour.

The consulting anthropologist Rolf W. Schirm, Munich, developed a human personality model based on numerous empirical studies. Mc Lean’s “triune brain” theory, which Schirm first encountered in the 1970s, provided the differentiating characteristics and firm scientific support for this structural model. The result was the biostructural analysis system with its Structogram.

Dr. Victor Bataillard, founding member of the Swiss Institute of Business Economics and

former owner of the Organisator-Verlag publishing house, Zurich, met Schirm in the 1980s. In cooperation with Schirm, Dr. Bataillard founded IBSA Institut für Biostruktur-Analysen AG, Zurich, as an international franchisor of biostructural analysis. After the death of Dr.Bataillard, the Swiss Peter Stutz took over the management of the Institute, which is now based in Lucerne.

After the millennium, the scientific foundations of biostructural analysis were expanded. Among other things, they discovered that specific neurotransmitters (neurotransmitter homeostasis) are responsible for the different "activity level" of the three brain areas.

Over the last several years, the team of authors Christian Reist, Ralf China and Peter Stutz finally developed and modernized the practical application of the Structogram Training System, fine-tuning it for specifically for management and sales.